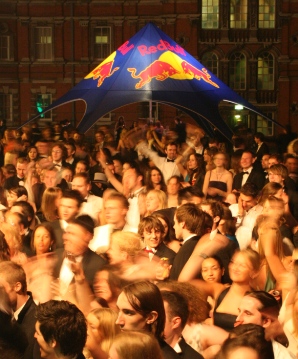 This week saw changes to Temporary Event Notice (TEN) rules and the application procedures with the introduction of the Police Crime and Reform Act 2011 on 25th April 2012.

The act introduces fundamental changes to the Temporary Event Notice (TEN) process; some of the changes will be good for users of TENs and some less so. A summary of the changes is outlined below:

We can expect to see more representations being raised and counter notices being issued against Temporary Event Notices in the future; especially by Environmental Health Officers in relation to the potential for Public Nuisance from noise.

At Beyond the Blue we offer a Temporary Event Notice Service for clients, where we complete the TEN process from start to finish. Apart from assisting those who do not have the time to familiarise themselves with the process or complete the Temporary Event Notice themselves, we help client avoid the potential for complications and disappointment, if representations are received or counter notices issued.

‘Clear Days Notice’ – ‘Clear days’ are the days in-between the notice being given and the day of the event. Clear days must be working days (ie. not weekends, bank holidays etc.) and start the day after the notice is received by the licensing authority and end the day before the event is due to take place.

‘A Day’ – Starts at midnight and ends at midnight. Therefore if you are using a Temporary Event Notice to extend your hours from for example 23.00 to 02.00 for a special one-off event, you will use up two ‘days’ of your annual allowance; one hour on the first day and two hours on the second day.

‘Licensing Objectives’ – The four objectives which make up the framework of the licensing act are; ‘Public Safety’, ‘Protection of Children from Harm’, ‘Prevention of Crime and Disorder’ and ‘Prevention of Public Nuisance’; representations against a TEN can now be raised on the assumption that the event will undermine any one of the four licensing objectives.

‘Standard OR Late TENs’ – Individuals now have the ability to apply over the period of a year for a combination of Standard TENs OR Late TENs. The inclusion of the word ‘OR’ means that a combination of the two types of TEN can be given. When the upper threshold of either has been reached, then no further TENs can be given by the applicant in that calendar year. For example; a personal licence holder can give either 50 Standard TENs OR 10 Late TENs; therefore in total they can give no more than 50 in any one year, however once they have given 10 Late TENs, their allocation will be complete, no matter how many standard TENs they have given. However if they have only given 9 Late TENs, then they can give up to 41 Standard TENs in the same calendar year.

‘Appropriate vs Necessary’ – there has been a general change to the terminology used across the Licensing Act 2003 in respect of the burden of evidence required to demand a change, restriction of or change of conditions relating to a premises licence or Temporary Event Notice. Previously responsible authorities were required to demonstrate that their demands were ‘necessary’ in order to promote the licensing objectives, this has been lowered so they now only need to demonstrate that their demands are ‘appropriate’ to promote the licensing objectives.

To deal with these changes a new Temporary Event Notice form has been issued by the Home Office and should be available on your Local Authority website. Notice of a Temporary Event must be given to the Licensing Authority where the event is due to take place.

Date – 27th April 2012
Submitted by – Peter Mayhew is the Managing Director of Beyond the Blue Training & Consultancy.

More News Stories from Beyond the Blue>>