A Guide to Dealing with Fake ID & Counterfeit ID 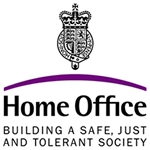 The problems licensed premises face from the use of fake, false, counterfeit and passed-off ID are significant and when employees don’t spot the use of such document for the purchase of an age restricted product, the penalties can be significant.

As we indicated in our recent news blog entry regarding the government’s response to their consultation ‘rebalancing the licensing act’, the government’s intention is to come down hard on premises which sell or persistently sell restricted products (particularly alcohol, cigarettes and gambling) to children; children are defines in the Licensing Act as those under the age of 18.

To summarise their proposals, they intend to act against premises selling or persistently selling alcohol by:

There is already a Mandatory Condition in place requiring every premises in England and Wales to have an ‘Age Verification Policy’ in place. The government’s guidance is also set to recommend that licensed premises should practice either a Challenge 21 or Challenge 25; although this will not be mandatory, by issuing this guidance the government are effectively saying that premises failing to adopt either Challenge 21 or Challenge 25 should be able to demonstrate why they do not require such a policy to promote the licensing objective of ‘Protecting Children from Harm’.

One of the biggest challenges for employees in the licensed retail sector when it comes to the verification of a person’s age, is the prolific use of false, fake, counterfeit and passed-off ID in England and Wales. There are generally four types of fake ID:

The government are trying to make people aware that the use of any of these documents is a criminal offence and carries a maximum penalty of £5000 fine and / or 2, 5 or 10 years imprisonment (depending on the type of document used) for the person using the identity document illegally or fraudulently.

However the penalties for the seller of an age restricted item to a minor can be considerably higher as mentioned above. It is also fair to say that in the case of false, fake, counterfeit or passed-off ID being used to obtain an age restricted product, the user is unlikely to face these maximum penalties, especially as the vast majority of these persons are likely (in this case) to be under 18 and thus not liable for this level of penalty.

So the emphasis is still firmly on the seller of the product, the designated premises supervisor, premises licence holder and the employees working at the premises who are authorised to sell alcohol.

To this effect the government have released a very comprehensive guidance document aimed at managers, bar / shop supervisors, door supervisors, and others involved in preventing the sale of age restricted products. The guidance documents and the accompanying posters, which can be used to deter potential underage persons, can now be downloaded in full from our Useful Resources and Downloads Page:

Other useful tools available on this page to help you deal with underage sales include our:

Source – Beyond the Blue Training & Consultancy